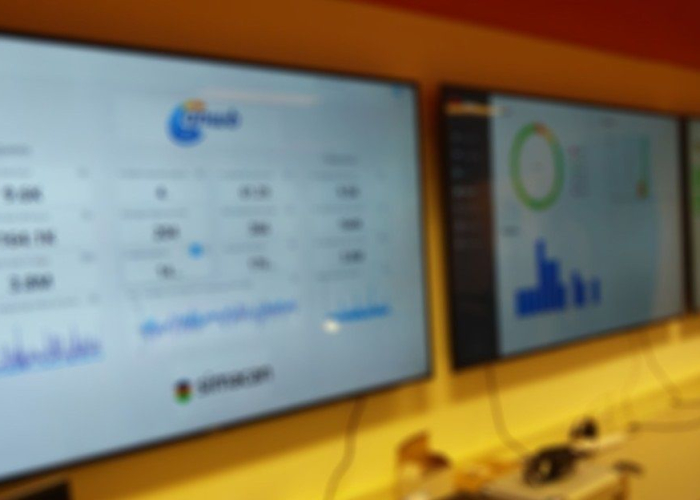 Jelle Voost (1992) is a software engineer. In that role he focuses on the front end of every application he and his colleagues make. "Is everything logical? Is it in a natural place? Does what happen when I click that button? I hate repeating actions myself. That's why the user interface is so important to me; I make things for the user."

"Customers want everything! And as a developer and software engineer I tend to say that anything is possible. But haphazardly programming and automating that wish is actually only useful for that one client. I find it more interesting to chew on such a customer demand, preferably with colleagues. Why is that? Behind such a customer question there is often another question and another wish. What's more, it's fun to then think about what makes this new application even more possible! But what's the best part? To make as many users, clients and other stakeholders as possible happy with a comprehensive answer to just one question from one client.

An example? The shopping app! We had developed an app for a customer that showed what time a truck would unload approximately. This allows the manager to arrange the break better, or to summon a filling crew. Such a specific wish can be made wider, better. This resulted, for example, in the Arrival display. This is inspired by the arrival list at airports and train stations. But then again I think from the man or woman behind that terminal. Displaying a list? No, that's gonna be a map visualizing the trucks. And insightful bar graphs that predict the queue of trucks. And then I think again. If I already know that there will be a queue, wouldn't it be better to route drivers who are on their way to another unloading point?

It is fun and valuable to think and fantasize more broadly based on a specific customer demand. This is how new applications arise. So I can be super happy with the reactions of users. Also from their feedback! For example, a customer wanted to be able to search for a truck number they had assigned themselves. Never thought about it, but such a programming rule is quickly written. The client was happy with this. Even more fun? When I heard from my friends with a part-time job in the supermarket that 'nowadays' they can take a break undisturbed. Do you know how that happened? Because of that shopping app I've been programming!"