Cleaner and smarter throughout the city thanks to data 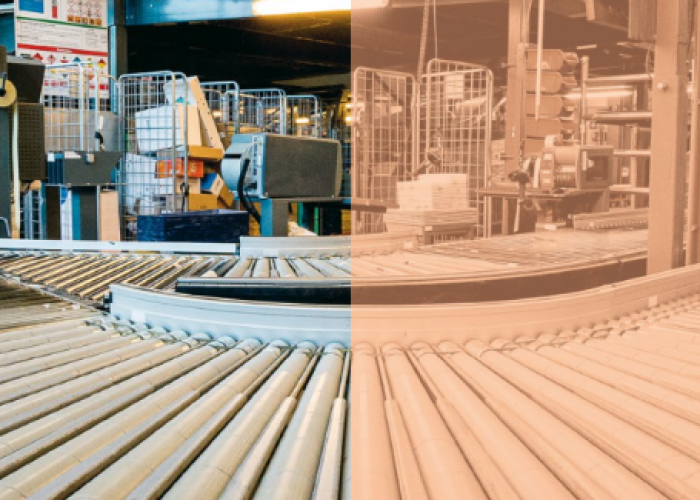 Cleaner and smarter through the city thanks to data

In the world of traffic and transport, public and private data do not automatically come together. But what if you do connect both worlds, safely of course? Simacan brought Hans Buijtelaar (alderman for Mobility in the municipality of Amersfoort) and Marlies Janssen-Herraets (manager of Transport at PostNL) together to explore the future together.

It's Friday, 4:00 p.m. It is still quiet at the PostNL depot in Amersfoort. Seven hours later the daily frenzy erupts. Then it is a coming and going of 'big wheels'. Strong men and women here sort hundreds of thousands of parcels every day, which are then transported by parcel deliverers to their final destination. A Simacan screen shows exactly where trucks are located and what time they are expected to drive into the depot.

Importance of data
At peak times it is crowded with trucks coming and going. This is not the biggest mobility issue facing the municipality of Amersfoort. In the coming years the city will grow from 156,000 inhabitants to 180,000 and it is already squeaking and creaking. "In terms of infrastructure, Amersfoort is running into the limits of what can still be accommodated," says alderman for mobility Hans Buijtelaar. This simply means that we need to make better use of the existing infrastructure". And that's where data come into play, he says: "You need data to determine how traffic and transport need to travel as few metres as possible to their destination in the city, with as little inconvenience as possible for the surrounding area, while maintaining or improving air quality".

Data is also crucial for PostNL. Marlies Janssen-Herraets is Transport Manager of PostNL's own transport organisation. In other words, the 'big wheels' that drive between the various distribution centres. "We have to be a data-driven company. First and foremost because the customer asks us to do so. He wants to know exactly where we are and when we deliver. Secondly, in order to drive as effectively, cheaply and cleanly as possible".

With the use of data, can you pursue common goals?
Buijtelaar |"Yeah, but the question is, how do you give that a hand? In Amersfoort, we work on mobility along various tracks, one of which is distribution. This involves loading and unloading points and grey and green window times. Can we tempt transporters to drive 'green' and reduce 'flow'? That really is a quest. We need each other to make arrangements. If I work from home once, I'll be the postman in front of the street with all those different parcel deliverers. If you had a drone filmed above the city, you'd see how ineffective the transport with all those vans is. It's gotta be different."

Janssen-Herraets | "The inner-city problems you outline are a big topic for PostNL. I am convinced that we can help each other by linking data. An example from my own practice: a road is being closed. How valuable would it be if data could be used to cleverly guide drivers to their destination? So not all via the route indicated by the standard navigation, but a part to the left, a part to the right and yet another part via a third alternative".

Buijtelaar | "You're talking about dynamic route management. When the A28 was tackled a few years ago, all the traffic thundered through streets in places you'd rather not have. You have to prevent that. I can see a party like PostNL hooking up with such a data platform happening. The trick is to make the transition to smaller parties as well".

“It's a quest how we can seduce hauliers
to drive 'green' together.”

Janssen-Herraets | "As a large carrier, we pull the cart by deploying data that Simacan makes available to us. That's why it's great that 60 percent of our trucks are from external carriers. This also includes a large category of hauliers with only five to fifteen trucks. These companies are very keen to be part of our philosophy. So we connect a much larger group of hauliers with data. Large shippers such as Ahold and Jumbo do the same".

Looking to the future: what would you like to see happen in the field of digitization?
Janssen-Herraets | "Our on-board computers register the driving behaviour of drivers up to six decimal places. And driving behaviour can be influenced. In addition, I don't believe so much in the raised finger. Suppose you drive into town as a driver and the on-board computer says: 'Welcome to Amersfoort, we think it's important that you drive clean and economically. If you do that, you earn points for a bite of food of your choice'. Or: 'You can go through the green wave, because you always drive so neatly'. I believe in that."

“You may pass through the green wave,
because you always drive so neatly.”

Buijtelaar | “My dream is that everyone at every road level will know the optimal route to the final destination. That on-board is indicated: 'You want to go there, we reserve a parking space or a place to load and unload for you'. On-demand, live, that would be ideal.”

A lot of trucks are leaving here tonight. The technology has reached the point where an intelligent traffic light can be installed to improve traffic flow. Good idea?
Janssen-Herraets |"Super. Every truck that has to slow down before a traffic light consumes an extra litre of diesel. And in the evening we hardly compete with other traffic."

Buijtelaar | "If I can use data to show that it's not only good for PostNL, but that it also leads to less fuel consumption, less noise and better air quality, then I have a story".

Janssen-Herraets | "And if our data is needed to argue that the traffic light should be green, then I'd certainly like to think about that..."