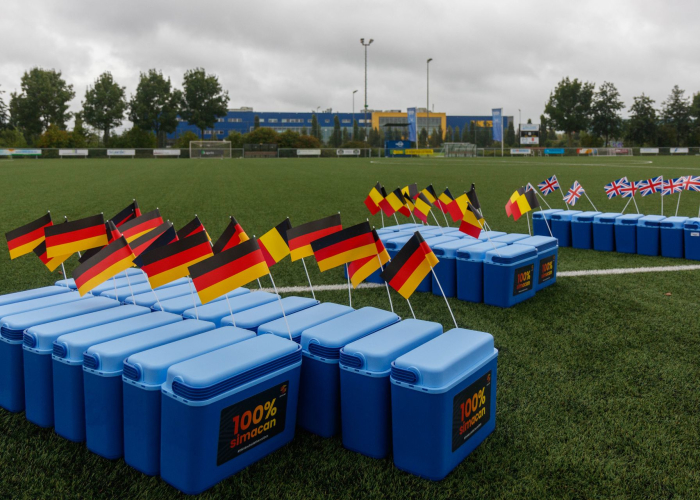 To get all Simacan colleagues together again after working from home because of corona, we thought it was time to have some fun together. But how do you approach this safely with an ever-growing group of colleagues in Corona times?

The solution? A joined lunch on a soccer field where everyone can easily keep the required distance of 1.5 m from each other! And of course... play a game.
Because of our European ambitions we invited guests Lynn Radford from the United Kingdom, Dirk Verlee from Belgium and Nienke Pilkes from Germany, to explain a few things about some customs and traditions of their country of origin.

For example, did you know that?
While most Belgians prefer subtlety over overt directness, you may hear a clear 'no' if someone doesn't like a request or proposal.
The relationship between the Flemish and the Walloons is a sensitive subject. It is perhaps best to avoid this in discussions.

Germany and the Netherlands share similarities in many cultural aspects, but there are still significant cultural differences that need to be taken into account. For example, although most Germans speak English, they are often reluctant there because they are afraid of making mistakes.

Entrepreneurs in the UK, especially among younger generations, are usually very experienced in interacting with other cultures. However, this does not always mean that the British are open-minded.
With business negotiations, keep in mind that they often expect to want things done “their way”. While we are learning British English in school, we pick up a lot of American English in the media, which can lead to misunderstandings in communication.