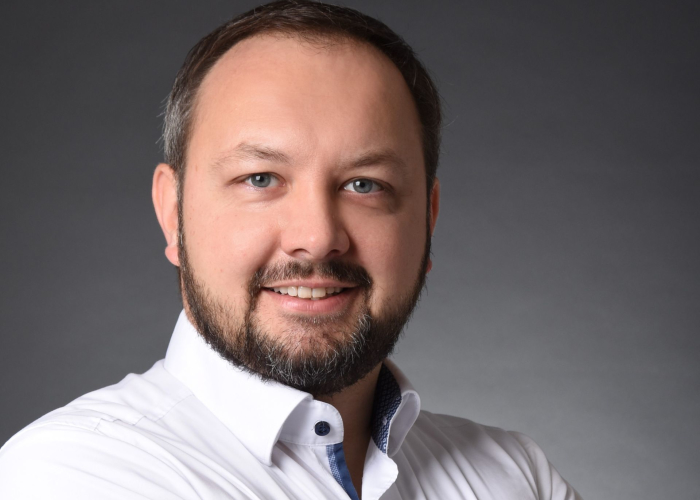 Hi Oliver, welcome to Simacan! What will you be doing at Simacan and what are you looking forward to?
Thank you! I will work for Simacan as a Customer Success Manager for the German-speaking market - Germany, Austria and Switzerland. In addition, I will also work together with Paul and Mike within the European Team as part of the sales process to get and serve international customers.

Professionally, everything has changed for me: New company, new team, new product, non-German employer, new tools, working in a home office and mainly in the English language. I do really look forward to this new challenging step in my career. On the other hand, I am pretty sure I am going to master that with the support and the cooperation of a great team, which I`ve found in Simacan!

What did you do before the Simacan adventure started?
After I finished school in 2000, I studied economics with a specialization in general trade. It was a dual study - 50% theory and 50% working in practice; at this time, I worked for Coop (Grocery Retail). Later, Coop was taken over by REWE and I became a REWE store manager.

After doing that for almost 10 years, I joined Mercareon - a sister company of Transporeon. Mercareon`s core product is a Timeslot Management / Dock Scheduling system i.e. for retailers, offered as a SaaS product as Simacan does. I started as a project manager, became head of projects and customer care, and was part of the 3-member management team of Mercareon. In 2020 Mercareon was fully integrated into the Transporeon organization and operations and it was time for me to look for a new challenge.

I hope you had some good first weeks while starting with us from a distance. How was your first impression of Simacan?
Indeed, doing an application process for a new company completely remote was a very strange and new experience to me. Nevertheless, even via video calls, I had a very good feeling about the people, the mindset and the mentality of Simacan.

I had a very good start and a very warm welcome and I can feel the enthusiasm and the “Doer”-mentality of the people - not only during my first stay in the office, beginning of July, but also during my time in home office!

Is there anything else you would like to tell us about yourself?
I am 41 years old and live with my girlfriend, my 6-month-old son, three cats and two tortoises in the beautiful Ulm (in the south of Germany). I am a big fan of the BVB (Football club Borussia Dortmund) and I don't miss a single match either in my “home cinema” or (hopefully again soon) in the stadium!