Token based authentication in React 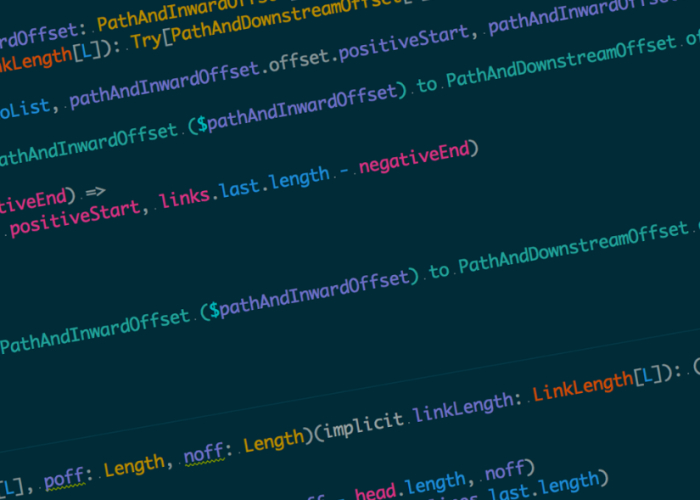 Token based authentication in React

Almost everyone needs some form of authentication in their front-end applications. We’d prefer to build cool features, but authentication needs to be handled properly which can be a barrier. This blog post shares our thoughts and decisions about handling authentication through OAuth 2.0 using JSON Web Tokens in the Simacan Control Tower.

The Simacan Control Tower is an application which gives shippers and transporters overview and control on their planning and operation. Its front-end is a single-page web application written in React which receives its data from our micro-service cluster. To do so successfully however, the Simacan Control Tower front-end is required to authenticate its user using a valid JSON Web Token (JWT).

JSON Web Tokens are self-signed authentication tokens, allowing our micro-services to check the validity of these tokens by themselves. This allows keeping the code within each of the micro-services fairly small and doesn’t require requesting a different micro-service for checking whether a token is valid.

The front-end will hold onto a single JWT which is then sent to each of these micro-services. Each micro-service can then successfully authorize access to the requested resources using the provided authentication.

The access token is a short-lived token which can be used for obtaining private resources from Simacan’s micro-services until it expires. Once the access token expires, a new token pair is requested from the authorization service using the long-lived refresh token.

Since the front-end is a single-page web app, the token can be stored within the React state. So there is no need for a cookie. A session is kept for the SSO login page however. When re-opening the application, instead of grabbing the token from a cookie, a new token is obtained through the login flow using the existing session after which the user will then be able to continue his/her work (assuming the user had already logged in before).

Whenever a user opens our web app without being logged in, no app-related content is shown. Instead a loading screen is shown and the user will be redirected to the login page. An additional benefit of showing a loading screen (other than it looking fancy) is that the actual app isn’t loaded, hence there is no need to worry about the app firing requests before the authentication flow has finished (and therefore receive a lot of 401’s at startup).

Then in index.jsindex.js, this login container wraps around all of the app-related components.

If the request returns successfully, the auth phase transitions to AUTHSTATUS_AUTHENTICATEDAUTHSTATUS_AUTHENTICATED and the access- and refresh token pair is stored in the state. At this point the app is able to request resources using its access token. However, for displaying the app properly, an extra request is done (using the access token) for obtaining account settings and styling. At this point the auth flow has completely finished and the phase is set to AUTHSTATUS_COMPLETEDAUTHSTATUS_COMPLETED after which the actual app is displayed.

Now that an access- and refresh token pair is stored within the state and the actual app is displayed, requests to private resources can be performed using the access token. For requesting resources, a middleware is introduced.

The exact implementation of this middleware is beyond the scope of this blog post. Though roughly speaking, the middleware listens for actions whom represent a request and fires a request for each of these using the fetch API. The response result of these requests are then wrapped in their own action, fired and then picked up by the appropriate reducer.

The middleware will append the request with an Authorization header, containing the access token as its value, if so desired. The authentication is not added to the request by default however. Adding authentication is opt-in, such that accidentally sending an access token to a non-private resource is less likely. This could also be used when using multiple access tokens by instead specifying a key (for instance, realm) such that the middleware would then grab the proper access token from a store using the specified key.

This action attempts to request the resource using the access token. If the resource server declines the authentication, possibly due to the access token being expired, an attempt is done to obtain a new access- and refresh token pair using the refresh token. If this also fails, the user is redirected to the login page where s/he is able to login again.
If a logged in session to the login page is still active however, the user will automatically login again and return to the page s/he came from. The auth flow is performed (obtaining an authorization code and exchanging it for an access- and refresh token pair) and the user can continue using the app again as if nothing had happened.

Once the new access- and refresh token pair is obtained successfully, the initial request to the private resource is retried and its response result is returned.

The fetchPrivateResourcefetchPrivateResource action in combination with the middleware allows sending authenticated requests with minimal effort (by opting-in). The underlying mechanism handles the request, potential refreshes and retries without developers ever having to worry about authentication. It just happens!

Once properly set up, authentication does not need to be a lengthy process. Developers building a cool feature should to just that; build the feature. They shouldn’t need to be bothered with authentication every request they add. Having the application handle the whole authentication flow for them would remove a lot of otherwise required effort from developers. Hence speeding up development time.